I went to a Fulltime Families rally and I got a week off from school. A Fulltime Families rally is a group coming together to play and socialize. Forty-eight families met at the Albuquerque International Balloon Fiesta in New Mexico. All of our recreational vehicles (RVs) were in one fenced-in area and we had a cemetery very close to us. Some of the balloons went right over our RV. 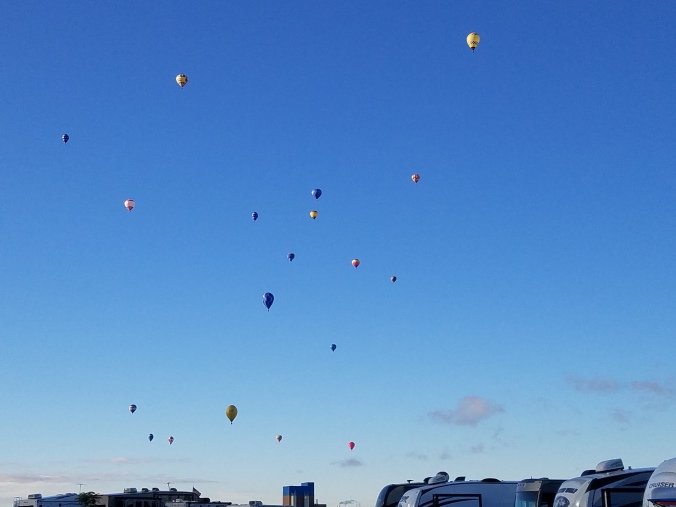 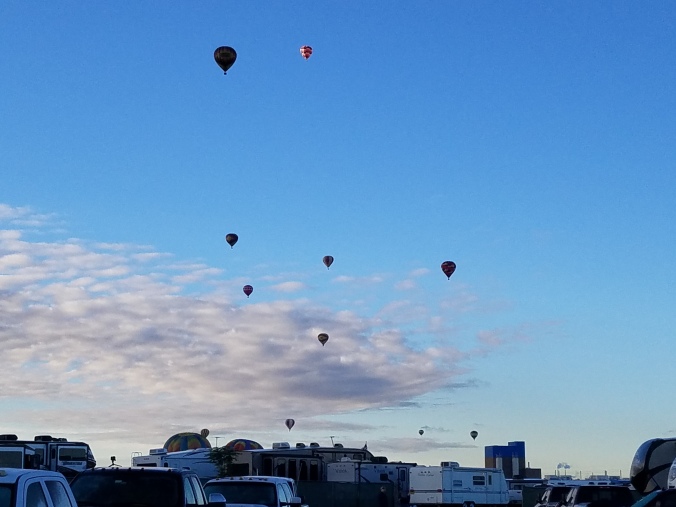 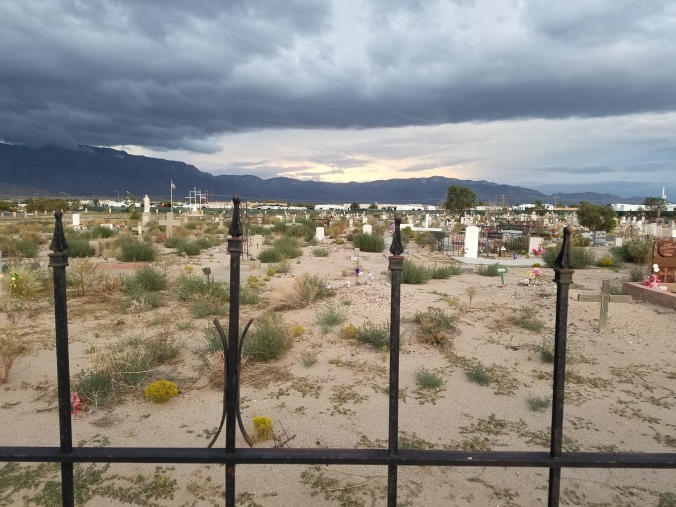 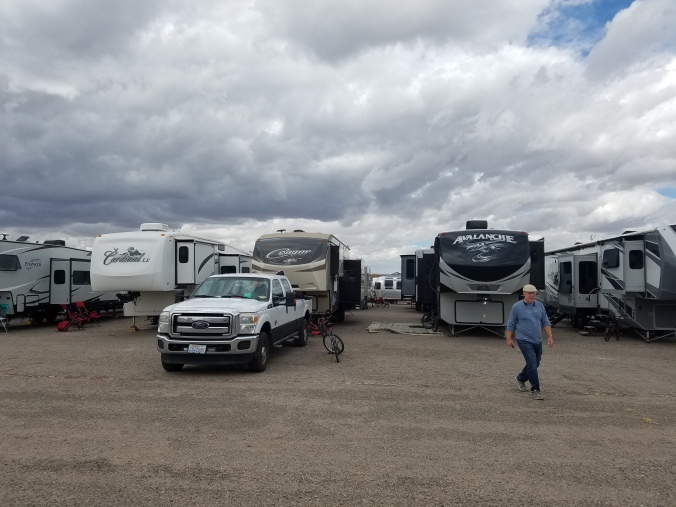 Most of the boys did huge Nerf gun wars, including me. We also went over to the launch field and saw friends there. I only wanted some time with friends; other times I just wanted to relax. 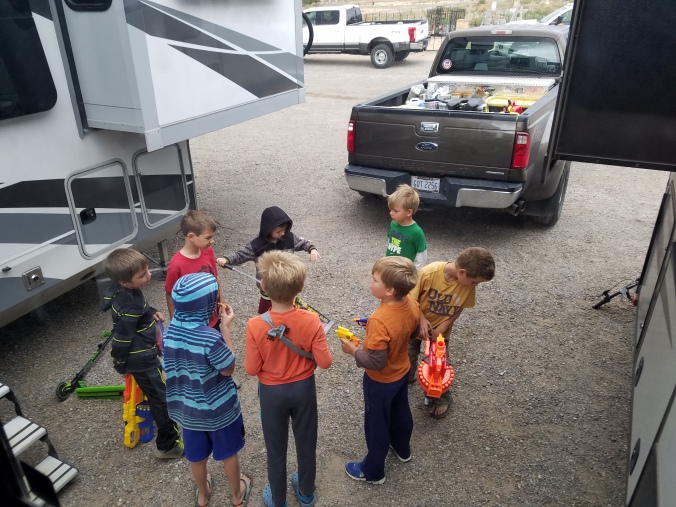 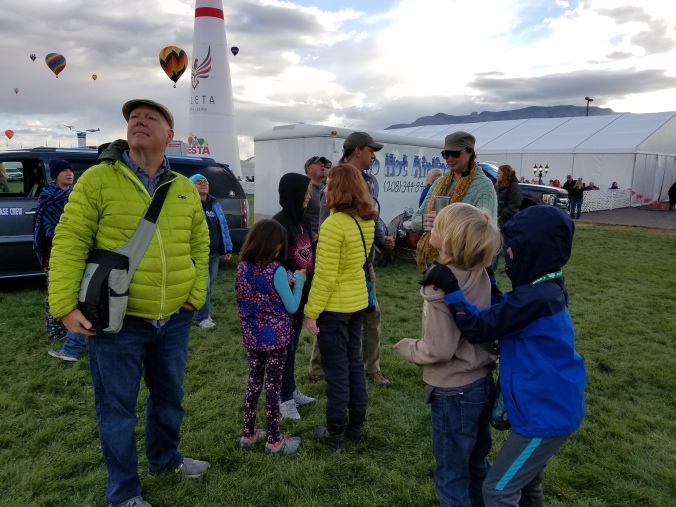 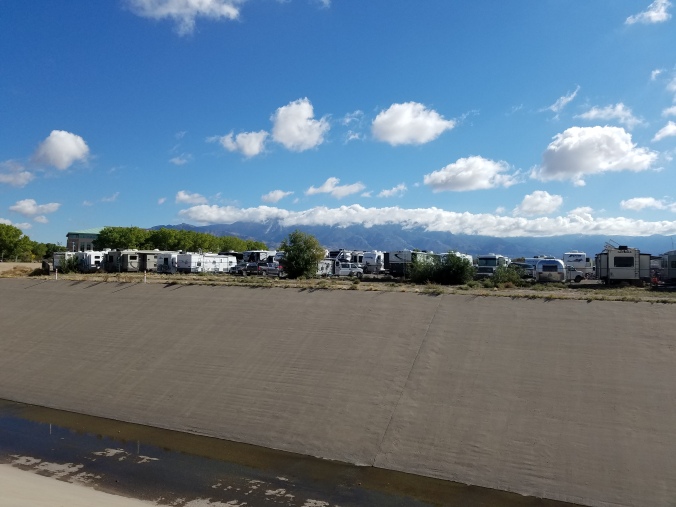 There was a Kids’ Marketplace. We sold water bottle handles. We sold ten for $5 each. We’ve been making them over the last couple months. 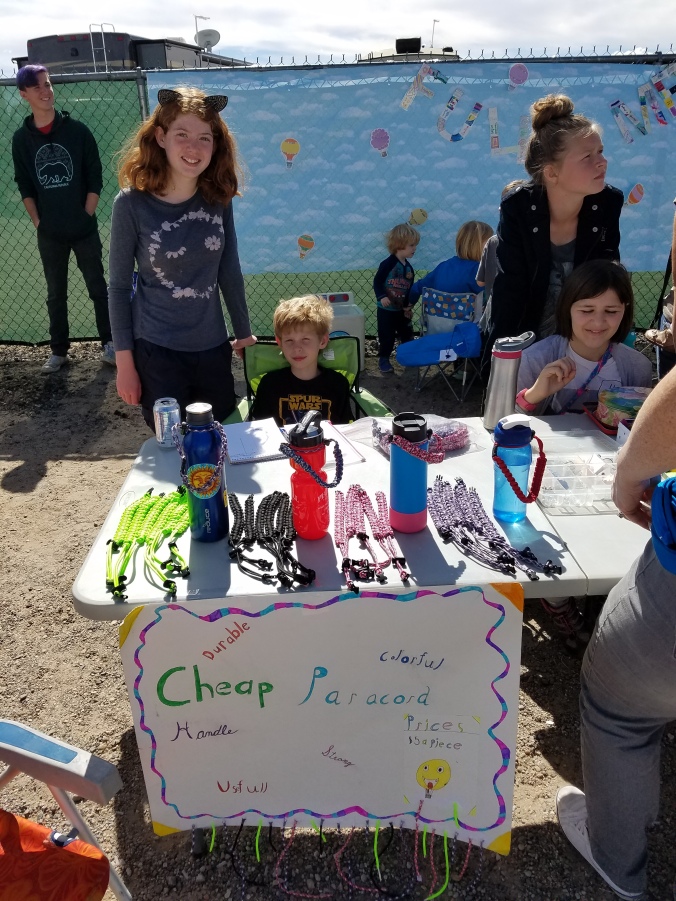 There’s also rally cash. That’s something you can get by doing things to help out. The rally cash is for a raffle later in the week, which is over prizes. One of the prizes was a really nice Gizmo watch. Another prize was a balloon puzzle. There was also a drone as one of the prizes. I did not put any rally cash in anything. Our family won the puzzle and a membership to Harvest Hosts.

There were potluck dinners two nights, although one night you actually ate your own dinner, but there were sides and desserts that you could have. And there were some good desserts! I was just sitting in a chair with Mom and Dad. I chose to sit with my mom and dad because I wanted to. 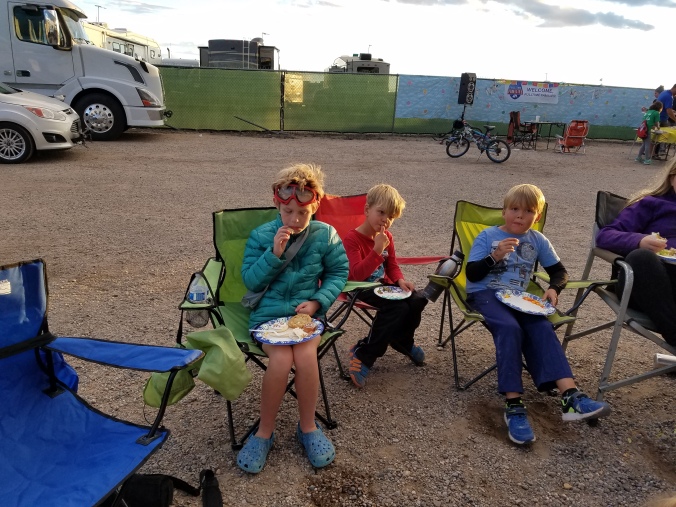 I loved the balloon rally and I want to go to another!

One thought on “Review of Up and Away FTF Rally”