The other day we went to Goblin Valley State Park.  The part we went to is a valley with lots and lots of hoodoos.  Last time we went (about a year and a half ago), we just climbed on the hoodoos; this time we went on a hike.  We started off on a trail, but there weren’t any markers or cairns, so we accidentally went off the trail.  The “trail” we went on is pretty strenuous.  There were parts where you had to step up several feet, and the wind was blowing really hard, so the sand was flying everywhere!  I was wearing pants, so the sand didn’t affect my legs, but the others (who were wearing shorts) told me that I was lucky to be wearing pants, because the sand stung their legs. 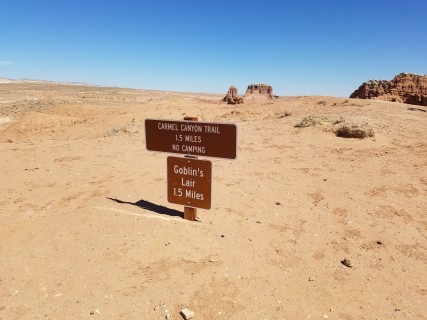 where the “trail” started 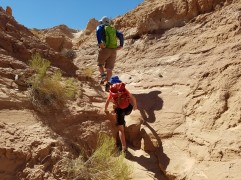 one of the steps

Dad and I going to a hole in the rock

trying and failing to hide from the wind

the end of the hike 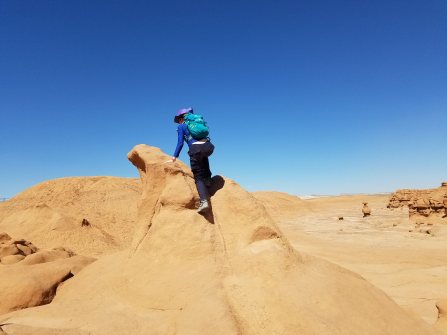 me on the sorting hat 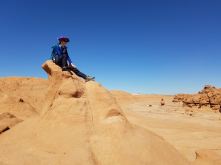 on the sorting hat again 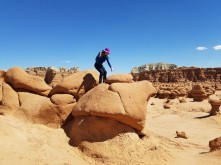 landing on a rock 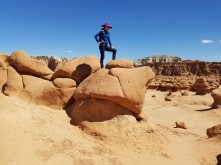 I concord the rocks! 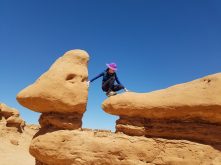 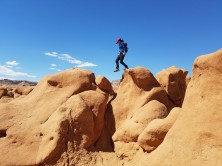 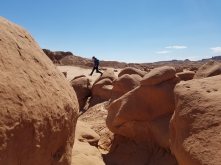 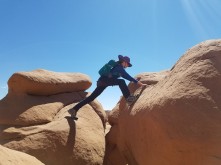