I own a book called, “Darth Maul’s Mission.”  It is a Lego comic book.  It’s about Movie One, and it is hilarious! 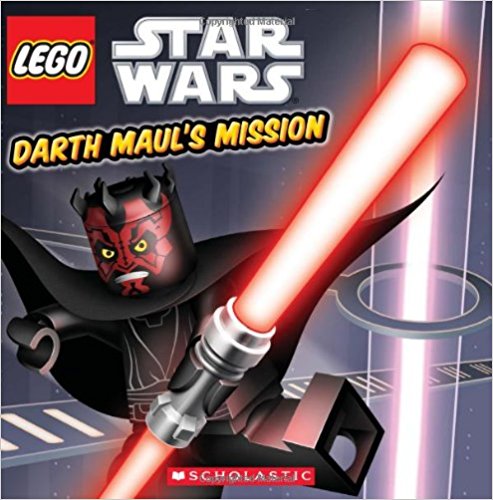 Obi-Wan and Qui-Gon are protecting the queen and the people of Naboo from battle droids and the Trade Federation, and the Sith are trying to find them.  One day, they come back to their ship from a trip to Tatooine.  They find an interesting site – Darth Maul’s Party Town.  Qui-Gon soon finds out it’s a trap, though.  They fight and take a break a break for a lemonade, and then fight a little more; Qui-Gon escapes and they head back to Naboo.    They’re trying to go through the hanger, although find out that Darth Maul’s blocking the entrance to it.  Darth Maul kicks them both backward at the same time and locks Qui-Gon in a closet.  Obi-Wan attacks him with basically a pod racer.  What will happen to Obi-Wan?  Will he get killed by Darth Maul, or will he kill Darth Maul?  What will happen next?

One of the funniest parts is in the beginning, the emporer says, “At last I’m having fun!”  The Trade Federation is attacking the people of Naboo with a bunch of ships, some battle droids, and a donut with pink icing on it.

A little later, Qui-Gon asks Obi-Wan, “Did you do your homework?” Obi-Wan answers, “Yes, but a Wookiee ate it.”  In the background, there’s a picture of a Wookiee eating his homework.

I think this would be good for all Star Wars lovers!