We went to Jamestown Settlement with some of our RV friends.  There are two boys and a girl.  The boys are younger.  The girl is my friend

First we went to the temporary Pocahontas exhibit.  It was awesome!  My favorite parts were the interactive things, like weaving, decorating ‘pots’ with chalk, and drawing people’s faces in a portrait. 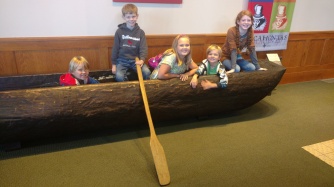 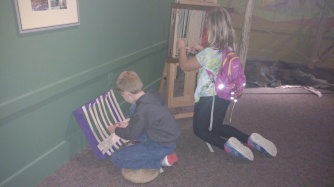 When we went outside, I did some cartwheels.  Next, we went to the settlement.  We saw a guy interpreting a surgeon.  Back then surgeons were also your dentist and barber.  He had a lot of weird stuff that creeped me out.  Then we went in a church and I did a ‘sermon’ reading from mom’s phone, so she doesn’t have pictures of that.  We tried on armor.  It was really heavy.  Then we watched a a carpenter drill some wood, and a soldier do a shooting demonstration. 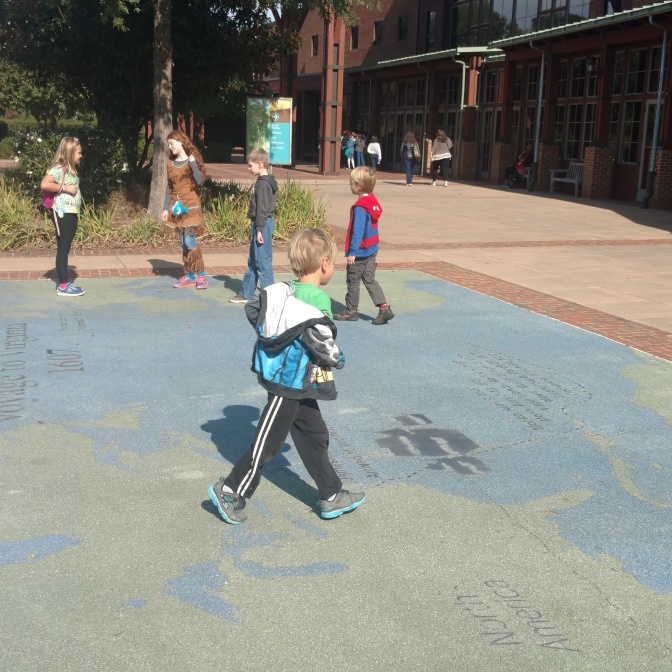 me about to do ‘cartwheels over the world’ 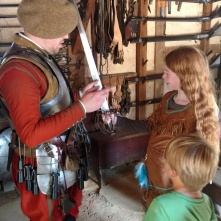 me holding a sword 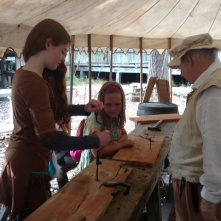 me twisting a drill

Then we went to the ships.  We went into 2 of them, the Susan Constant and Discovery.  They were small!

on the Susan Constant 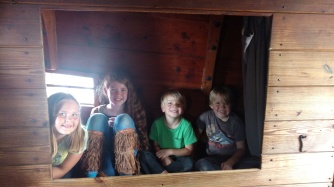 us in a bunk

Then we went to the Indian village and played a game where you throw corn cobs through rings.  We explored the houses and ground corn and interacted with people.  On the way out we saw some black paint the people impersonating Indians had ground on a stump and everyone except me put some on.  I didn’t because, as I said then, “I don’t want to take an extra long bath to get this off.” 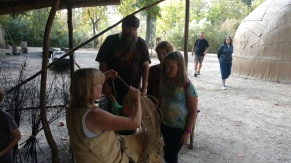 Then we went back to the museum and looked around a bit; it was cool!  Overall, I think it was amazing!

2 thoughts on “Review of Jamestown Settlement”