The first thing we did was climb over a lot of rocks and look at water.  It was easy to walk on the rocks, although you had to be careful to not fall down in a ditch – a very deep ditch in some places, and in some places, very shallow.  They were made by water erosion.  It was really neat climbing over the rocks! 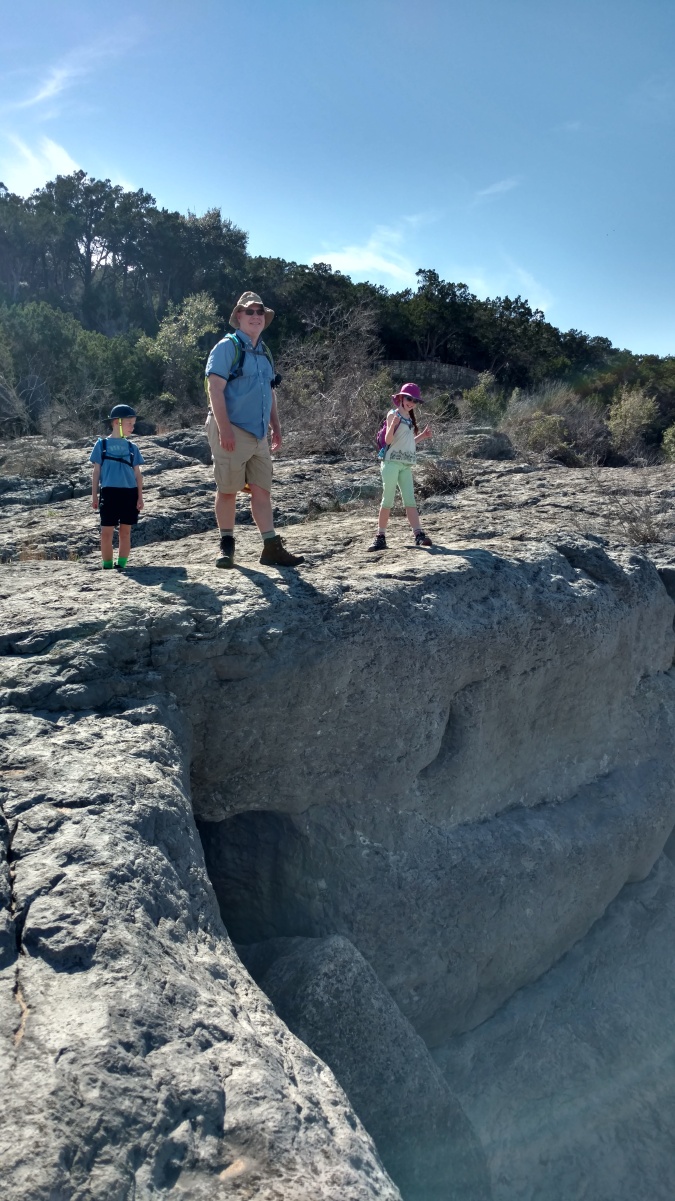 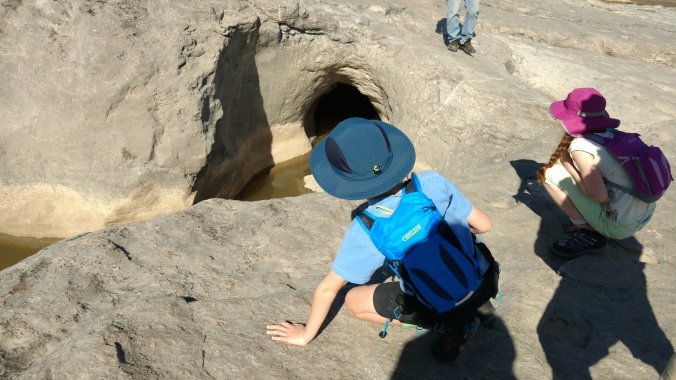 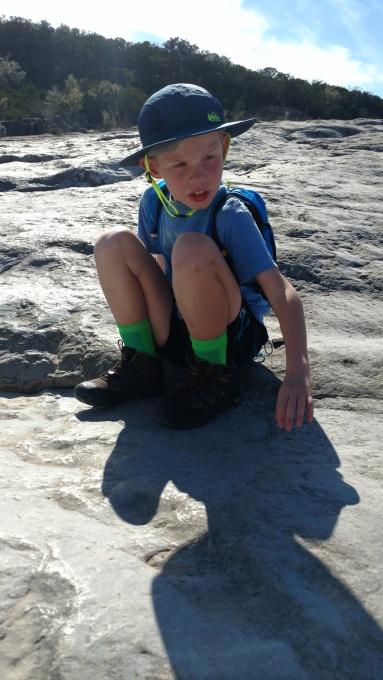 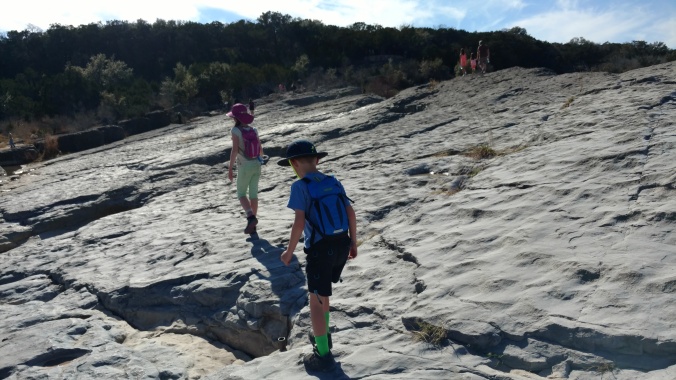 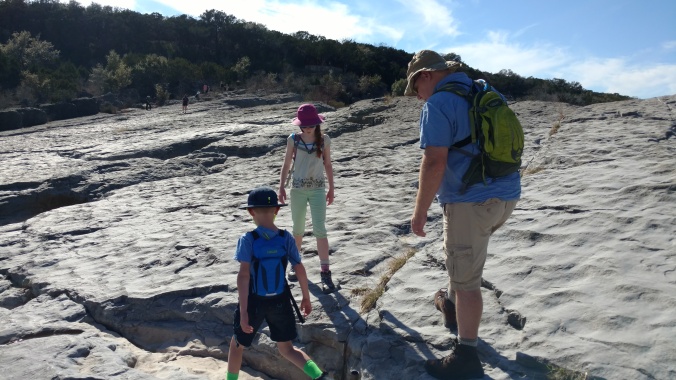 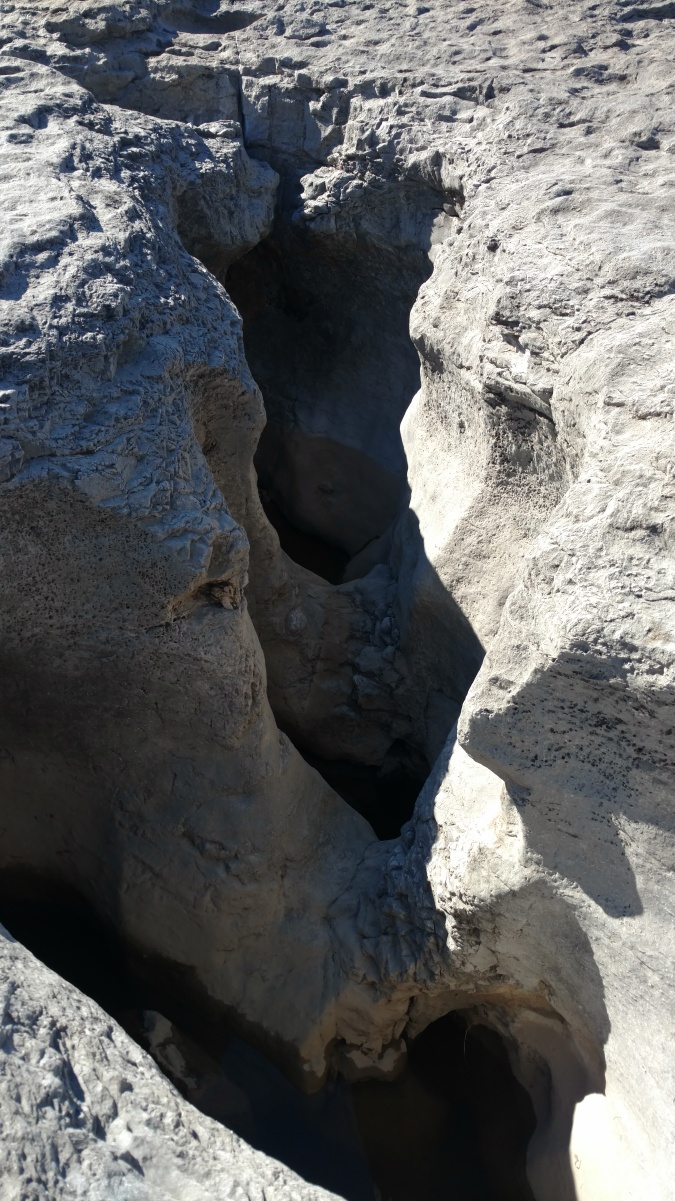 When there’s a lot of rain, the water completely covers the rocks we had been on, as you see here in this video.  It shows how big a flood can be, doesn’t it?

There was one area that had water rushing through it. 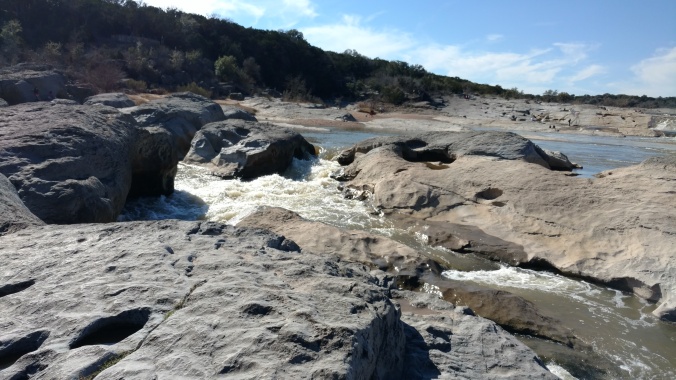 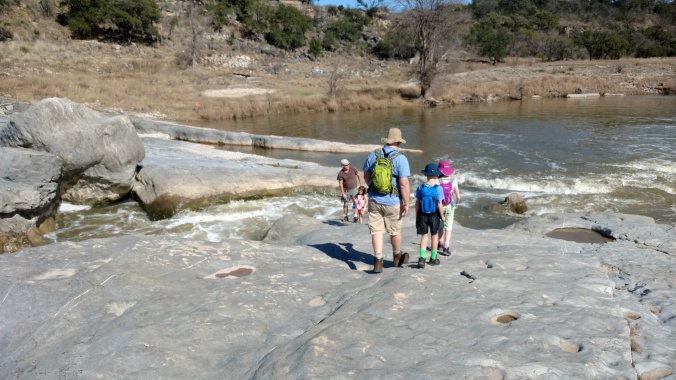 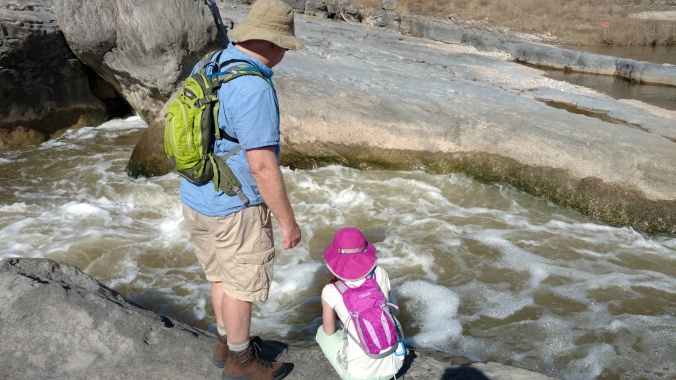 It was hard.  There were two rocks like you see here.  They were very narrow and hard to climb up because I had to maneuver with my feet on one wall and my back on the other and I had to move like that.  I made it!  I found fossils and 1 arrowhead and 1 spear-head.  We spent a very long time on the beach. 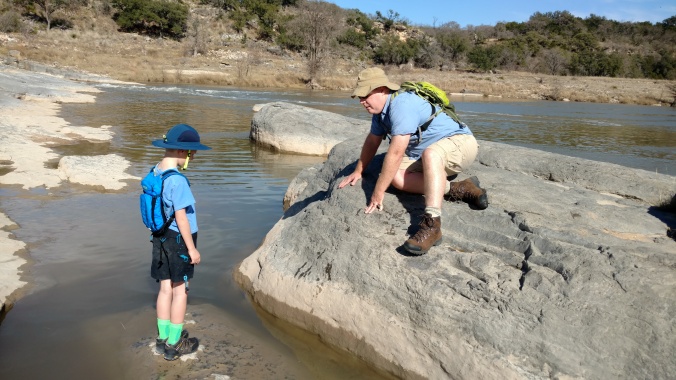 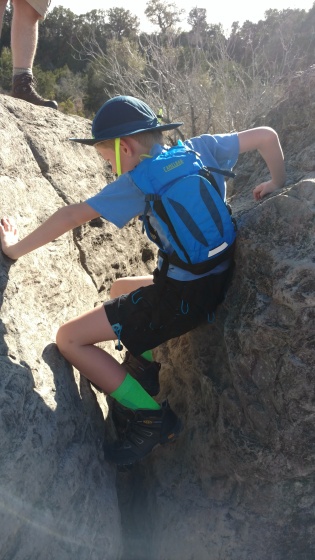 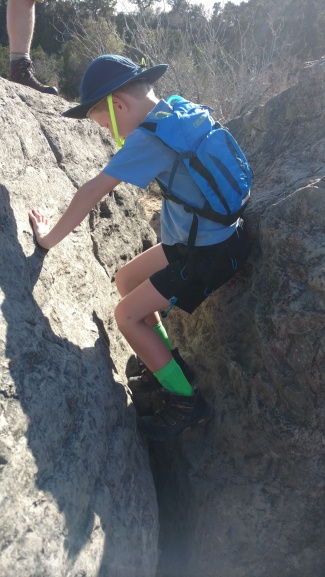 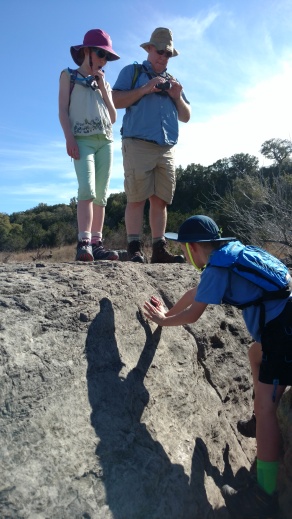 We got to go geocaching for the first time! We had to look up on Dad’s phone where it was.  We followed it until we got to the area.  We had to look through some rocks and briars until we found it.  Once we got to the right spot, it was an easy cache – we just looked at some rocks and found the box.  The reason we knew is because it was a weathered, metal box showing through the rocks. We saw the stuff inside, but since we had no trinkets, we didn’t take anything from the box. 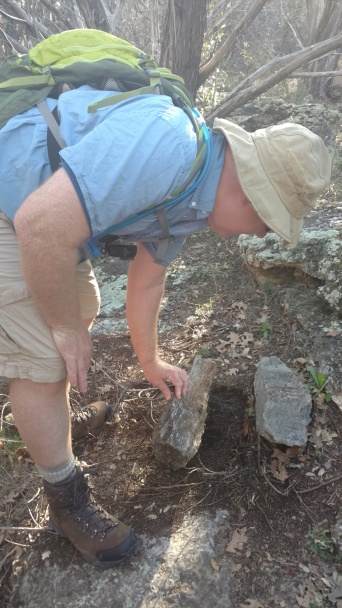 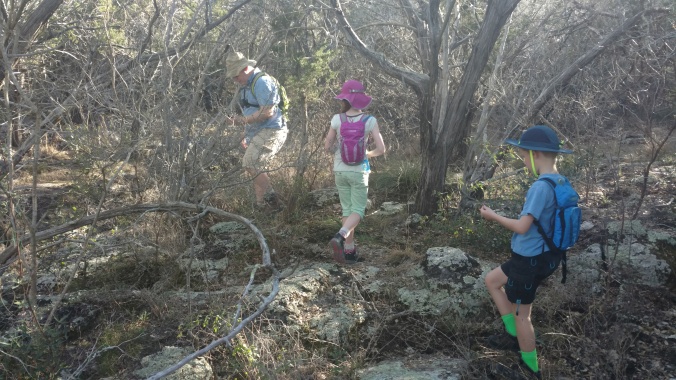 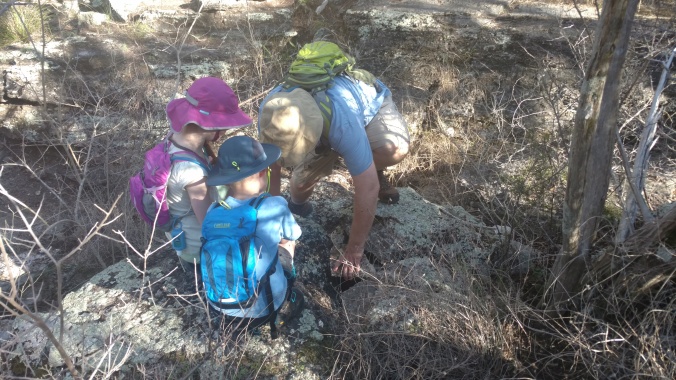 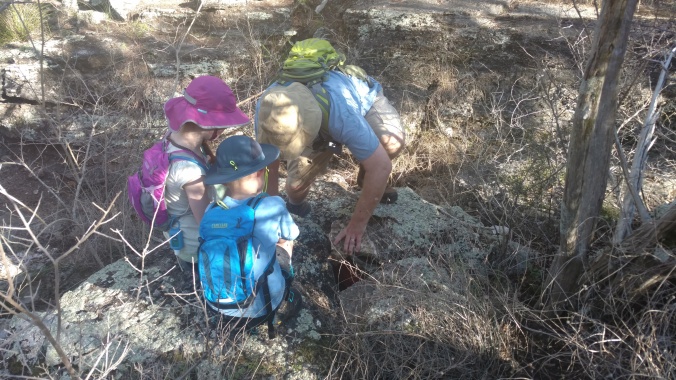 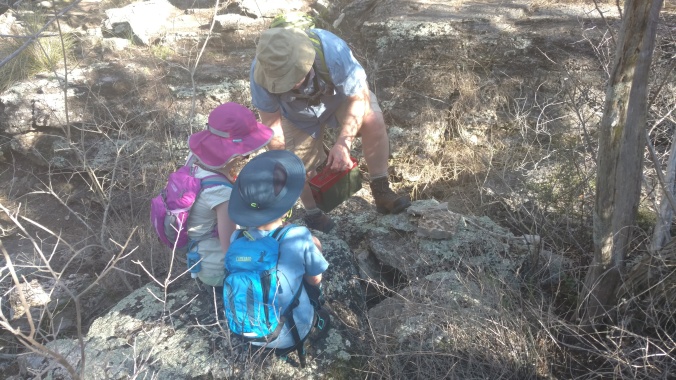 We thought about getting another geocache but we decided not to.  We were tired and wanted to go home to the RV.