Last night there was a tornado warning, so we went and spent two hours in Raccoon Caverns that is at our camp site.

We spent most of our time in the Crystal Palace room (it looked like the planet of Hoth from Star Wars).  There was a giant rock that had fallen from the ceiling that looked like the Millennium Falcon, which we got to climb on!

me standing on the Millennium Falcon

Mr. Bang and I sitting on the Millennium Falcon 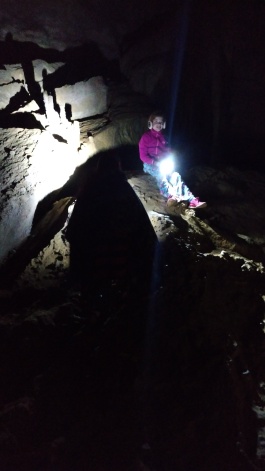 me posing in front of a giant stone formation

We saw a lot of salamanders, and a cave cricket. We also saw helictites, spiderweb-like things that are like stalactites – they grow in the same place, but they grow sideways.

Mr. Bang and I attempted to sleep and tried a few places, but it was very rough and hard to sleep. 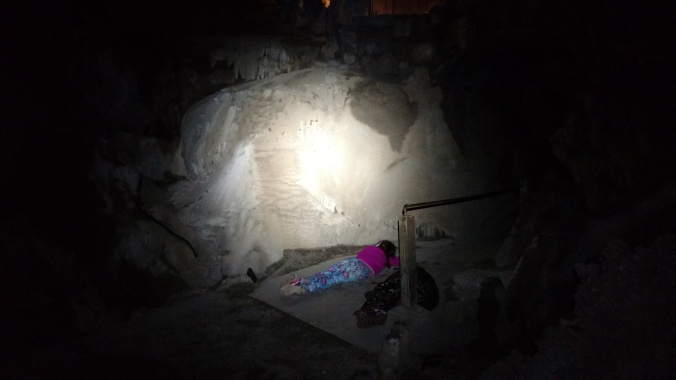 It was awesome!  I loved it!

10 thoughts on “Night at the Cave”